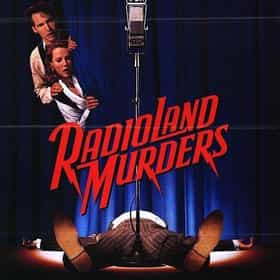 This film is a 1994 comedy mystery film directed by Mel Smith and co-written/produced by George Lucas. This movie is set in the 1939 atmosphere of old-time radio and pays homage to the screwball comedy films of the 1930s. The film tells the story of writer Roger Henderson trying to settle relationship issues with his wife while dealing with a whodunit mystery in a radio station. The films stars an ensemble cast, including Brian Benben, Mary Stuart Masterson, Scott Michael Campbell, Michael Lerner and Ned Beatty. ... more on Wikipedia

Radioland Murders is ranked on...

Radioland Murders is also found on...