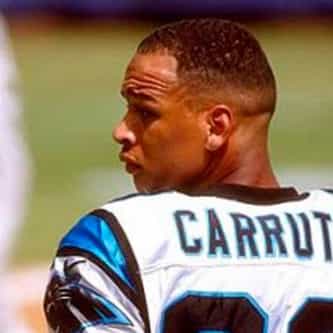 Rae Theotis Carruth (born Rae Lamar Wiggins; January 20, 1974) is an American convicted felon and former football wide receiver. After playing college football at Colorado, Carruth was drafted in the first round of the 1997 NFL Draft by the Carolina Panthers of the National Football League (NFL) and spent three seasons with the team. In 2001, he was found guilty of conspiring to murder his then-girlfriend Cherica Adams, who was pregnant with his child. Including pre-trial confinement, he ... more on Wikipedia

Rae Carruth IS LISTED ON