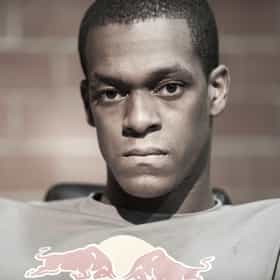 Rajon Pierre Rondo (born February 22, 1986) is an American professional basketball player for the Los Angeles Lakers of the National Basketball Association (NBA). Rondo played two years of college basketball for the Kentucky Wildcats before he was drafted 21st overall by the Phoenix Suns in the 2006 NBA draft. He was subsequently traded to the Celtics, where he played a supporting role during his rookie season. Rondo, a four-time NBA All-Star, had led the league in assists per game three times (2012, 2013, and 2016). He was named to the All-NBA Third Team in 2011–12 and has earned four NBA All-Defensive Team honors, twice on the First Team (2009–10 and 2010–11). During his time in ... more on Wikipedia

Rajon Rondo is ranked on...

Rajon Rondo is also found on...