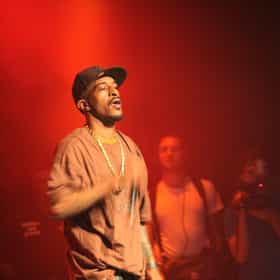 William Michael Griffin Jr. (born January 28, 1968), better known by his stage name Rakim, is an American rapper. One half of golden age hip hop duo Eric B. & Rakim, he is widely regarded as one of the most influential and most skilled MCs of all time.Eric B. & Rakim's album Paid in Full was named the greatest hip hop album of all time by MTV in 2006, while Rakim himself was ranked #4 on MTV's list of the Greatest MCs of All Time. Steve Huey of AllMusic stated that "Rakim is near-universally acknowledged as one of the greatest MCs – perhaps the greatest – of all time within the hip-hop community." The editors of About.com ranked him #1 on their list of the 'Top 50 MCs ... more on Wikipedia

Rakim is ranked on...

Rakim is also found on...