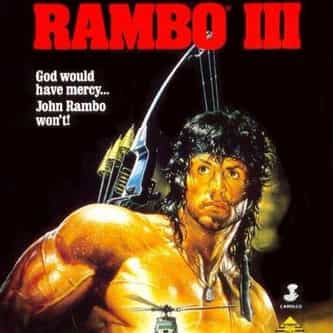 Tagline
God would have mercy John Rambo won't!
The first was for himself. The second for his country. This time it's to save his friend.

Rambo III is a 1988 American action film. It is the third film in the Rambo series following First Blood and Rambo: First Blood Part II. Sixty-five seconds of the film were cut in the UK version for theatrical release. Some later video releases almost tripled the cuts. ... more on Wikipedia

Rambo III IS LISTED ON