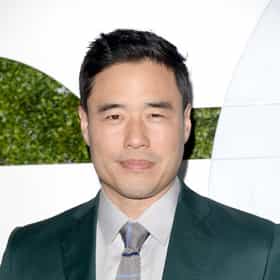 Randall Park (born March 23, 1974) is an American actor, comedian and writer. He is best known for portraying Kim Jong-un in the 2014 film The Interview and Eddie Huang's father, American restaurateur Louis Huang, in Fresh Off the Boat, for which he was nominated for the Critics' Choice Television Award for Best Actor in a Comedy Series in 2016. In 2012, he had gained popularity playing Steve, a prank replacement of Jim Halpert in an episode of The Office. He also appears in the Marvel Cinematic Universe movie Ant-Man and the Wasp as FBI agent Jimmy Woo and in the DC Extended Universe film Aquaman as Dr. Stephen Shin. ... more on Wikipedia

Randall Park is ranked on...

#6 of 54 The Best Asian American Actors And Actresses In Hollywood 5.3k VOTES While it has seen some controversy over the years, diversity in Hollywood has long been part of its rich history. And while ...
#4 of 85 The Biggest Asian Actors In Hollywood Right Now 7.4k VOTES As the film and TV industry grow in diversity, who do you think are the biggest Asians in Hollywood right now? While plenty ...
Every Single Celebrity Who Has Guest Starred on Drunk History 7.5k VIEWS Comedy Central's Drunk History has it all, from the boozy narration of notable historic moments to rotating cast members who...
#6 of 21 The Funniest Asian Comedians of All Time 3.5k VOTES This list contains information about the best Asian comedians, loosely ranked by user votes. The best Asian comedians come i...
Character Actors You See All Over But Probably Can't Name 53.9k VIEWS The good news is that with the advent of streaming channels and a sprawl of cable slots, there are lots of roles for male ...
25 Rappers Who Are Aries 937 VIEWS This list features famous Aries rappers ranked by fame and popularity. Passionate, confident, and driven, Aries have several...
Famous People Whose Last Name Is Park 4.1k VIEWS Being a fairly common name, it's no surprise there are a lot of famous people with the last name Park. Do you recognize all ...

Randall Park is also found on...