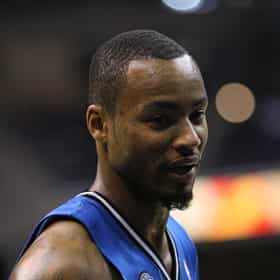 Rashard Quovon Lewis (born August 8, 1979) is an American former professional basketball player. Rashard entered the NBA directly from Alief Elsik High School. He rose to prominence in the NBA as a scorer with the Seattle SuperSonics, and was later a member of the Orlando Magic, Washington Wizards and Miami Heat. He garnered two NBA All-Star selections, one with Seattle and another with Orlando. Lewis reached the NBA Finals three times, winning an NBA championship in 2013 as a member of the Heat. ... more on Wikipedia

Rashard Lewis is ranked on...

Rashard Lewis is also found on...