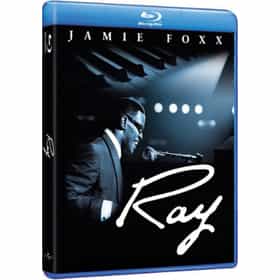 Ray is a biographical film focusing on 30 years in the life of rhythm and blues musician Ray Charles. The independently produced film was written, produced and directed by Taylor Hackford, and stars Jamie Foxx in the title role. Foxx received an Academy Award for Best Actor for his performance as well as the Golden Globe, BAFTA, Screen Actors Guild and Critics' Choice awards, becoming the second actor to win all five lead actor awards for the same performance. Charles was set to attend an opening of the completed film, but passed of liver disease in June, several months before its premiere. ... more on Wikipedia