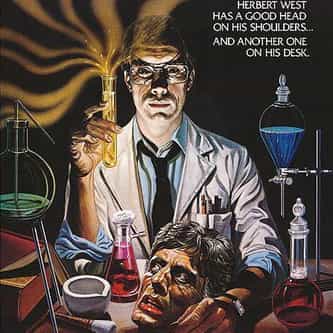 Tagline
Death is just the beginning...
It will scare you to pieces.
Herbert West Has A Very Good Head On His Shoulders... And Another One In A Dish On His Desk

Re-Animator is a 1985 American science fiction horror comedy film loosely based on the H. P. Lovecraft episodic novella "Herbert West–Reanimator." Directed by Stuart Gordon, it was the first film in the Re-Animator series. The film has since become a cult film, driven by fans of Jeffrey Combs and Lovecraft, extreme gore, and the combination of horror and comedy. ... more on Wikipedia

Re-Animator IS LISTED ON