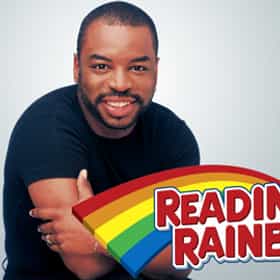 Reading Rainbow is an American children's television series that aired on PBS Kids and PBS Kids Go! from June 6, 1983, until November 10, 2006, that encouraged children to read. In 2012 an iPad and Kindle Fire educational interactive book reading and video field trip application was launched bearing the name of the program. The public television series garnered over 200 broadcast awards, including a Peabody Award and 26 Emmy Awards, 11 of which were in the "Outstanding Children's Series" category. The series was created under the leadership of Cecily Truett Lancit and Larry Lancit, at Lancit Media Productions in New York. The concept of a reading series for children ... more on Wikipedia

Reading Rainbow is ranked on...