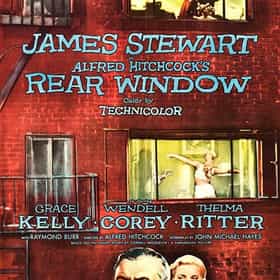 Rear Window is a 1954 American mystery thriller film directed by Alfred Hitchcock and written by John Michael Hayes based on Cornell Woolrich's 1942 short story. Originally released by Paramount Pictures, the film stars James Stewart, Grace Kelly, Wendell Corey, Thelma Ritter and Raymond Burr. It was screened at the 1954 Venice Film Festival. The film is considered by many filmgoers, critics and scholars to be one of Hitchcock's best and one of the greatest movies ever made. ... more on Wikipedia

Rear Window is ranked on...

Rear Window is also found on...