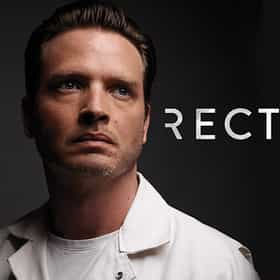 Rectify is an American television drama series created by Ray McKinnon, and is the first original series from SundanceTV. It stars Aden Young, Abigail Spencer, J. Smith-Cameron, Adelaide Clemens, Clayne Crawford, and Luke Kirby. The series premiered on April 22, 2013 with a season one run of six episodes. On May 1, 2013, SundanceTV ordered a second season of ten episodes, which premiered on June 19, 2014. A third season is scheduled to premiere in 2015. ... more on Wikipedia

Rectify is ranked on...

#231 of 779 People who voted for Rectify... also upvote Star Trek Franchise on The Best Movies Based on TV Shows The Best TV Shows to Binge Watch 1.2M VOTES Bored? Not anymore! These are the best TV shows for binge-watching. The greatest television shows in the world are ranked he...
#595 of 2,286 The Greatest TV Shows Of All Time 1.4M VOTES Choosing the best TV shows of all time means taking into account the best TV dramas, the best TV comedies, the best cartoons...
#20 of 25 The Best TV Shows That Never Won A Single Emmy 1k VOTES Emmy snubs are a common complaint of television fans as there are some series with zero Emmys that just seem to have ro...
#60 of 65 The Best Suspense TV Shows 4.9k VOTES The very best suspense shows on television, ranked from best to worst. This list of the greatest suspense shows also include...
#67 of 84 The Best Mystery Shows On Netflix 8k VOTES Here are the best mystery shows streaming now on Netflix. Whether you're looking for detective shows or whodunits, this list...
#15 of 21 What to Watch If You Love Peaky Blinders 409 VOTES Are you a big fan of Peaky Blinders? Then you probably need something to follow it up with, and you have some great options ...
#13 of 41 The Greatest Prison Shows & Movies of All Time 820 VOTES If there's one thing nobody wants, it's to be thrown into a prison. Our desire to keep as far away from these places doesn't...