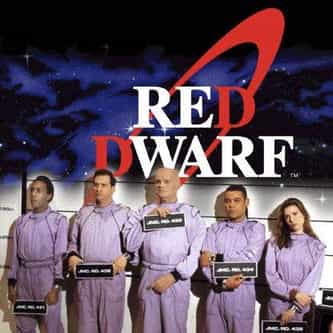 Red Dwarf is a British comedy franchise which primarily comprises ten series of a television science fiction sitcom that aired on BBC Two between 1988 and 1993 and from 1997 to 1999, and on Dave in 2009 and 2012, gaining a cult following. The series was created by Rob Grant and Doug Naylor. In addition to the television episodes, there are four novels, two pilot episodes for an American version of the show, a radio version produced for BBC Radio 7, tie-in books, magazines and other ... more on Wikipedia

Red Dwarf IS LISTED ON