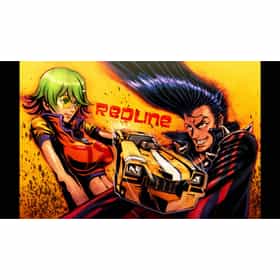 Redline is a 2009 science fiction auto racing anime film produced by Madhouse and released in Japan on October 9, 2010. The directorial debut feature of Takeshi Koike, it features the voices of Takuya Kimura, Yū Aoi and Tadanobu Asano, and an original story by Katsuhito Ishii, who also co-writes and sound directs. The film is set in the distant future, where a man known as JP takes on great risks for the chance of winning the titular underground race. After a total of seven years in production, Redline was intended to premiere at the 2009 Annecy International Animated Film Festival and follow Summer Wars, Mai Mai Miracle, and Yona Yona Penguin as the fourth and final feature film ... more on Wikipedia

Redline is ranked on...

Redline is also found on...