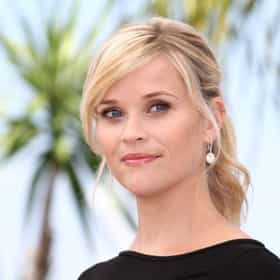 Laura Jeanne Reese Witherspoon (born March 22, 1976) is an American actress, producer, and entrepreneur. The recipient of several accolades, including an Academy Award and a Primetime Emmy Award, she is among the highest-paid actresses in the world, as of 2019. Time magazine named her one of the 100 most influential people in the world in 2006 and 2015. Born in New Orleans, Louisiana, and raised in Nashville, Tennessee, Witherspoon began her career as a teenager, making her screen debut in The Man in the Moon (1991). She also starred opposite Mark Wahlberg in Fear (1996). Her breakthrough came in 1999 with a supporting role in Cruel Intentions and for her portrayal of Tracy Flick in ... more on Wikipedia

Reese Witherspoon is ranked on...

Reese Witherspoon is also found on...