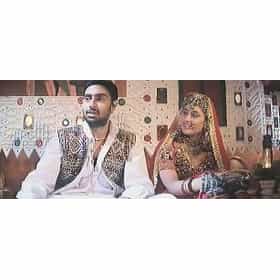 Refugee is a 2000 Indian film written and directed by J. P. Dutta. The film marked the debuts of Abhishek Bachchan, son of popular actor Amitabh Bachchan, and Kareena Kapoor, the younger sister of actress Karisma Kapoor. The film also starred Jackie Shroff, Sunil Shetty and Anupam Kher. The film performed moderately well at the box office and was the fifth highest grossing film of that year. The films tells the story of an unnamed Indian Muslim, who helps illegal refugees from both India and Pakistan to cross the border through the Great Rann of Kutch. The film is attributed to have been inspired by the short story "Love Across the Salt Desert" by Keki N. Daruwalla. ... more on Wikipedia

Refugee is ranked on...

Refugee is also found on...