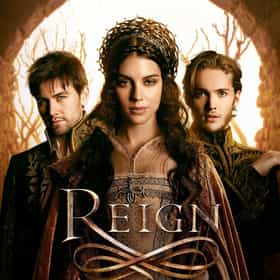 Reign is an American historical fantasy television series following the early years of Mary, Queen of Scots living in France. The series, created by Stephanie SenGupta and Laurie McCarthy, airs on The CW and premiered as part of the 2013–14 American television season. The leading roles are played by a combination of Australian, Canadian, English and New Zealander actors. Despite the show's subject matter, there are no Scottish or French actors in the main cast, and the show has yet to air in the UK or France. On February 13, 2014, The CW renewed the series for a second season, which premiered on October 2, 2014. On January 11, 2015, The CW renewed the series for a third season. ... more on Wikipedia

Reign is ranked on...