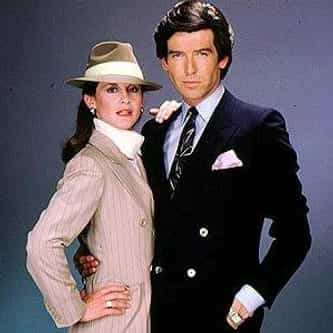 Remington Steele is an American television series co-created by Robert Butler and Michael Gleason. The series, starring Stephanie Zimbalist and Pierce Brosnan, was produced by MTM Enterprises and first broadcast on the NBC network from 1982 to 1987. The series blended the genres of romantic comedy, drama, and detective procedural. Remington Steele is best known for launching the career of Pierce Brosnan and for serving as a forerunner of the similar series Moonlighting. ... more on Wikipedia

Remington Steele IS LISTED ON