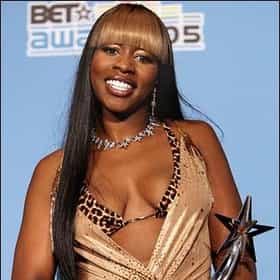 Reminisce Mackie (née Smith; May 30, 1980), known professionally as Remy Ma, is an American rapper. She was initially discovered by Big Pun, and came to prominence for her work as a member of Fat Joe’s group, Terror Squad. On February 7, 2006, she released her debut studio album There's Something About Remy: Based on a True Story, which was a modest success, peaking at number 33 on the Billboard 200 chart. She is one of only five female rappers to ever top the Billboard Hot 100 chart (as a member of Terror Squad on "Lean Back"), and one of only three multiple winners of the BET Award for Best Female Hip-Hop Artist, which she won in 2005 and 2017.Ma's most successful ... more on Wikipedia

Remy Ma is also found on...