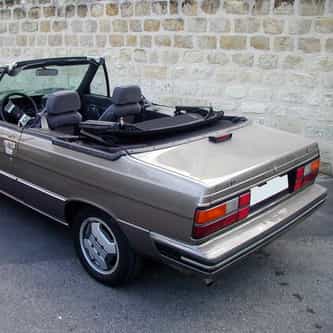 The Renault Alliance is a subcompact automobile manufactured and marketed in North America by American Motors Corporation for model years 1983-1987. It was available in two- and four-door sedan configurations, with a convertible added in 1985. The Alliance was also the basis of the three or five-door hatchback Renault Encore that was added in 1984. AMC also marketed a sports version called Renault GTA for 1987. A total of 623,573 vehicles were manufactured in Kenosha, Wisconsin. Production ... more on Wikipedia