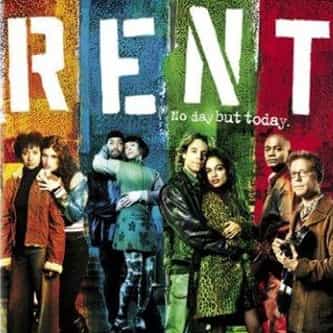 Rent is a rock musical with music and lyrics by Jonathan Larson loosely based on Giacomo Puccini's opera La bohème. It tells the story of a group of impoverished young artists struggling to survive and create a life in New York City's East Village in the thriving days of Bohemian Alphabet City, under the shadow of HIV/AIDS. The musical was first seen in a limited three-week workshop production at New York Theatre Workshop in 1994. This same Off-Broadway theatre was also the ... more on Wikipedia

Rent IS LISTED ON

#8 of 65
7.7k VOTES The Best Tony Award Winning Musicals
#2 of 45
4.2k VOTES The Greatest Musicals That Started Off-Broadway
The Most Popular Broadway Musicals of All Time