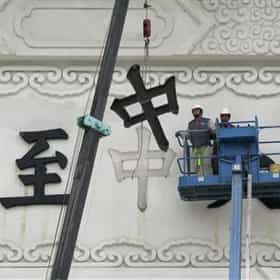 Taiwan, officially the Republic of China, is a sovereign state in East Asia. The Republic of China, originally based in mainland China, now governs the island of Taiwan, which makes up over 99% of its territory, as well as Penghu, Kinmen, Matsu, and other minor islands. Neighboring states include the People's Republic of China to the west, Japan to the east and northeast, and the Philippines to the south. Taipei is the seat of the central government. New Taipei City, encompassing the metropolitan area surrounding Taipei proper, is the most populous city. The island of Taiwan was mainly inhabited by Taiwanese aborigines until the Dutch and Spanish settlement during the Age of Discovery ... more on Wikipedia

Taiwan is ranked on...

Taiwan is also found on...