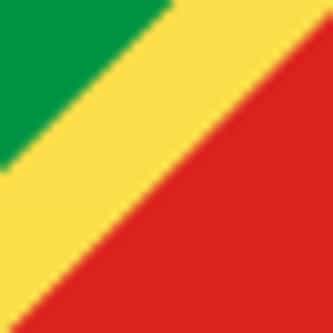 The Republic of the Congo, also known as Congo Republic or Congo-Brazzaville, is a country located in Central Africa. It is bordered by Gabon, Cameroon, the Central African Republic, the Democratic Republic of the Congo and the Angolan exclave of Cabinda. The region was dominated by Bantu-speaking tribes, who built trade links leading into the Congo River basin. Congo-Brazzaville was formerly part of the French colony of Equatorial Africa. Upon independence in 1960, the former colony of ... more on Wikipedia

Congo IS LISTED ON