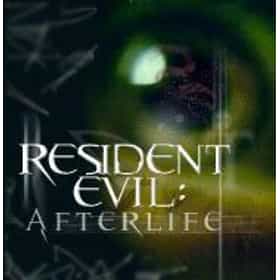 Resident Evil: Afterlife is a 2010 Canadian-German 3D science fiction action horror film written and directed by Paul W. S. Anderson. It stars Milla Jovovich, Ali Larter, Kim Coates, Shawn Roberts, Spencer Locke, Boris Kodjoe, and Wentworth Miller. The film marks Anderson's second time to direct in the series, the first being the first installment. It is the first to be shot in 3D and fourth installment in the Resident Evil film series, which is based on the Capcom survival horror video game series of the same name. The film follows Alice searching and rescuing the remaining survivors in Los Angeles after the T-virus outbreak, and teaming up against Albert Wesker, the head of the ... more on Wikipedia

Resident Evil: Afterlife is ranked on...