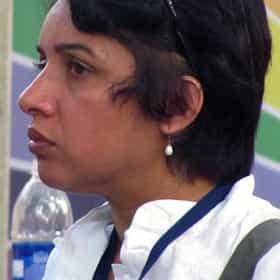 Asha Kelunni Nair, known by her stage name Revathi, is an Indian film actress and film director, known for her works predominantly in Tamil and Malayalam cinema. She has won several accolades, including the National Film Awards in three different categories, and six Filmfare Awards South. Revathi is a trained Bharatanatyam dancer, having studied since the age of seven and performed her arangetram in Chennai in 1979.Apart from films, Revathi has been involved in a variety of social organisations, the most notable being the Banyan, Ability foundation, Tanker foundation and Vidyasagar, and has also served as a member of several film festivals including the Chennai International Film ... more on Wikipedia

Revathi is also found on...