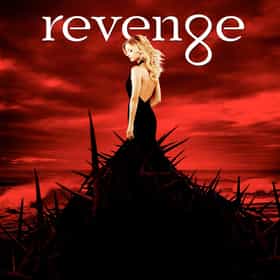 Revenge is an American primetime television series that airs on ABC, starring Madeleine Stowe and Emily VanCamp, which debuted on September 21, 2011. During its first season it aired on Wednesday nights at 10 pm Eastern/9 pm Central time, and its second season aired Sunday nights at 9 pm Eastern/8 pm Central time. The series was picked up for a full season by the ABC network television after garnering a 3.3 Nielsen rating in the 18–49 age advertising demographics for its pilot episode and regularly winning its timeslot against every other television network in 18–34 demos. Madeleine Stowe was nominated for the 2012 Golden Globe Award for Outstanding Lead Actress in a TV Drama, while ... more on Wikipedia

Revenge is ranked on...

Revenge is also found on...