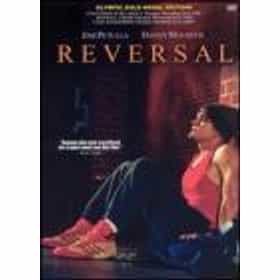 Reversal is a 2001 movie about a high school wrestler, directed by Jimi Petulla. The movie, starring Danny Mousetis, chronicles the struggle of Leo Leone as he strives for the Pennsylvania state title and his dad's affection. Coached by his father, Edward Leone, he is constantly pushed towards this goal. He is forced to decide between the approval of his father or his own wishes as he feels the strain from years of training and making weight. The movie never made it to the mainstream public, however received vocal support from many leaders in the wrestling community such as Cael Sanderson and Kurt Angle. The soundtrack was composed by Jeff Danna. His first credits were as a ... more on Wikipedia

Reversal is ranked on...

#17 of 32 People who voted for Reversal... are 20x more likely to vote for Vision Quest on this list are 25x more likely to vote for Foxcatcher on this list The Best Wrestling Movies 5.9k VOTES Professional wrestling is one of the most entertaining spectator sports in the world, but it's a far cry from the extracurri...
#50 of 175 The Best PG-13 Sports Movies 1.4k VOTES List of PG-13 sports movies, ranked from best to worst with movie trailers when available. This list takes the best PG-13 sp...

Reversal is also found on...