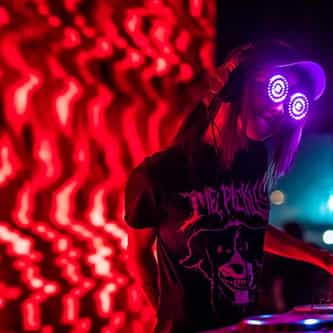 Isabelle Rezazadeh (born March 28, 1995; Ukraine), known by her stage name Rezz, is a Canadian DJ and record producer from Niagara Falls, Ontario. Rezazadeh began DJing at the age of 16, playing music by other artists until she became inspired by a deadmau5 concert to create her own. She was noticed on a blog by Skrillex, who then followed and sent her a message on Twitter. In 2017, mau5trap announced Rezazadeh's debut full length studio album, Mass Manipulation. On July 7, 2017, A music ... more on Wikipedia

Rezz IS LISTED ON