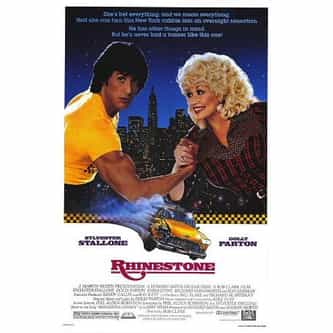 Produced by
Marvin Worth
Howard Smith

Rhinestone is a 1984 musical comedy film directed by Bob Clark with a screenplay by Sylvester Stallone and Phil Alden Robinson; the film stars Stallone and Dolly Parton. The film is based on the 1975 #1 hit Rhinestone Cowboy by Glen Campbell. ... more on Wikipedia

Rhinestone IS LISTED ON