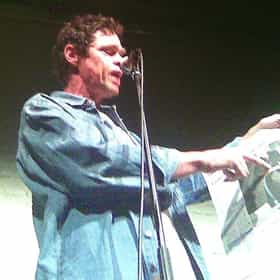 Richard Travis Hall (born June 10, 1954) is an American comedian, writer, and musician, first coming to prominence as a sketch comedian in the 1980s. He wrote and performed for a range of American networks, in series such as Fridays, Not Necessarily the News (popularising the "sniglet" neologism), and Saturday Night Live. After winning a Perrier Comedy Award in 2000, using the character of Tennesseean country musician Otis Lee Crenshaw, Hall became popular in the United Kingdom, regularly appearing on QI and similar panel shows. He has created and starred in several series for the BBC, including comedies with Mike Wilmot, and documentaries often concerning cinema of the ... more on Wikipedia

Rich Hall is ranked on...

#26 of 48 The Best SNL Cast Members of the '80s 5k VOTES Ah, the legendary '80s of Saturday Night Live. Lorne Michaels left in 1980 and took a chunk of the cast and writers with h...
Famous People Whose Last Name Is Hall 8.8k VIEWS Being a fairly common name, it's no surprise there are a lot of famous people with the last name Hall. Do you recognize all ...
Famous People Named Rick 54.3k VIEWS List of famous people named Richard, along with photos. How many celebrities named Dick can you think of? The famous Richard...
#78 of 82 Former Cast Members We Want To See Host SNL 386 VOTES When Adam Sandler returned to the halls of Studio 8H in 2019 to host Saturday Night Live, many were surprised that the famed...

Rich Hall is also found on...