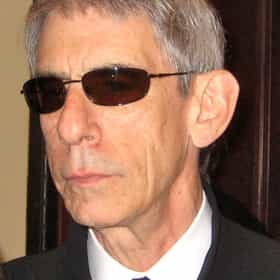 Richard Jay Belzer (born August 4, 1944) is an American stand-up comedian, author, and actor. He is best known for his role as BPD Detective, NYPD Detective/Sergeant and DA Investigator John Munch, whom he has portrayed as a regular cast member on the NBC police drama series Homicide: Life on the Street and Law & Order: Special Victims Unit, as well as in guest appearances on a number of other series. He portrayed the character for 23 years from 1993 to 2016. ... more on Wikipedia

Richard Belzer is ranked on...

#226 of 408 People who voted for Richard Belzer... also upvote Alien Franchise on The Most Rewatchable Movies also upvote Philip Seymour Hoffman on The Greatest Actors & Actresses in Entertainment History The Funniest Stand Up Comedians Of All Time 1M VOTES A ranked list of the best stand up comedians in the history of the art form. First and foremost, all of the people on this l...
#72 of 99 The Best Ever Howard Stern Interviews 37k VOTES The best ever Howard Stern interviews include several riveting segments featuring famous people revealing deep, dark secrets...
#1 of 27 How The 'Law & Order: SVU' Has Aged Since The First Season 7.4k VOTES From prosecuting dangerous offenders to investigating serious crimes, viewers have been on the edge of their seats while wat...
Famous People Named Rick 53.1k VIEWS List of famous people named Richard, along with photos. How many celebrities named Dick can you think of? The famous Richard...
American Stand-Up Comedians: The Best Comics In the USA 169k VIEWS American comedians are some of the top rated stand up comedians in the world. These are the greatest stand up comedians this...
23 Times You've Seen the Actors from SVU Before 2.2M VIEWS Let’s play a fun game called spot Law & Order SVU characters in other roles. Before they landed on the popular show, cas...
Celebrities Who Turned 75 in 2019 3.6k VIEWS UPDATED: Check out the celebrities turning 75 in 2020! Several famous people celebrated their 75th birthdays in 2019....
Famous New York Friars Club Members 19.2k VIEWS List of Famous New York Friars Club Members ranked by fame and popularity. The Friars Club is a private club in New York Cit...

Richard Belzer is also found on...