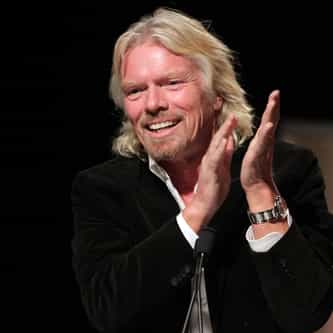 Sir Richard Charles Nicholas Branson (born 18 July 1950) is a British business magnate, investor, author and philanthropist. He founded the Virgin Group in the 1970s, which controls more than 400 companies in various fields.Branson expressed his desire to become an entrepreneur at a young age. His first business venture, at the age of 16, was a magazine called Student. In 1970, he set up a mail-order record business. He opened a chain of record stores, Virgin Records—later known as Virgin ... more on Wikipedia

Richard Branson IS LISTED ON