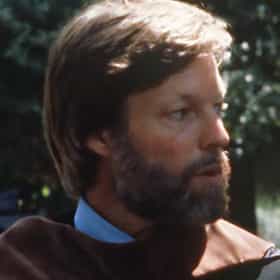 George Richard Chamberlain (born March 31, 1934) is an American stage and screen actor and singer, who became a teen idol in the title role of the television show Dr. Kildare (1961–1966). He subsequently appeared in several TV mini-series, such as Shōgun (1980) and The Thorn Birds (1983), and was the first actor to play Jason Bourne (in the 1988 film The Bourne Identity). Chamberlain has also performed classical stage roles and worked in musical theatre. ... more on Wikipedia

Richard Chamberlain is ranked on...

#338 of 1,041 Celebrity Death Pool 2020 78k VOTES They may be beloved performers, award winners, or game changers, but no matter how famous, you can’t escape death. This cele...
#465 of 1,148 People who voted for Richard Chamberlain... also upvote James Bond Franchise on The Best Spy Movies also upvote Casablanca on The Best Movies of All Time The Best Actors in Film History 2.2M VOTES The best actors ever are ranked here in this list of the best actors in film history. These are the greatest actors ever to ...
#179 of 329 The Greatest Actors Who Have Never Won an Oscar (for Acting) 462k VOTES There are many actors who haven't won an Oscar. For 95 percent of the acting population, there is probably a good reason the...
#608 of 1,452 Celebrity Death Pool 2018 477.7k VOTES Welcome to Celebrity Death Pool 2018! In increasingly uncertain times, there remains one constant in life - we all die. Cele...
The Locations of All Hollywood Walk of Fame Stars 419.2k VIEWS A list of stars on the Hollywood Walk of Fame, with photos. This list includes all television and movie stars. Acquiring a s...
15 Celebrities Who Were Outed 544.7k VIEWS This list contains information about celebrities who were outed as gay, loosely ranked by fame and popularity. Coming out as...
Gay Actors Who Play Straight Characters 11M VIEWS This list of gay actors who play straight characters is loosely ranked by fame and popularity. One of the great things about...
Famous People Named Rick 55.1k VIEWS List of famous people named Richard, along with photos. How many celebrities named Dick can you think of? The famous Richard...
Famous People Who Never Married 1.9M VIEWS List of famous people who never married ranked by fame and popularity. There are several celebrities who have never been m...
Actors Who Have Played Hamlet 158.4k VIEWS Hamlet is one of William Shakespeare's most notable tragedies. Many famous actors have portrayed the complicated title chara...

Richard Chamberlain is also found on...