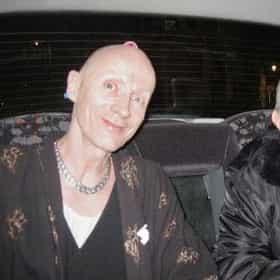 Richard O'Brien (born Richard Smith; 25 March 1942) is an English-New Zealand actor, writer, musician, and television presenter. He wrote the musical stage show The Rocky Horror Show in 1973 which became an international success and has remained in continuous production. He also co-wrote the screenplay of the film adaptation The Rocky Horror Picture Show, released in 1975, appearing in the film as Riff Raff. O’Brien was a member of the pop duo Kimi and Ritz from 1973 to 1976. He wrote Shock Treatment and appeared in the film as Dr Cosmo McKinley. O'Brien appeared in the ITV series Robin of Sherwood, as Gulnar, alongside Jason Connery (1984–1986). He presented the television show The ... more on Wikipedia

Richard O'Brien is ranked on...

#60 of 76 The Best Rock Opera Bands/Artists 4.3k VOTES Rock opera artists list, with photos, ranked best to worst by votes. List of good rock opera bands includes a filter so you ...
Famous People Whose Last Name Is O'Brien 3.1k VIEWS Being a fairly common name, it's no surprise there are a lot of famous people with the last name O'Brien. Do you recognize a...
19 Celebrities Who Defy Gender Stereotypes 2.1M VIEWS In 2014, Sofia Coppola cast androgynous model Andreja Pejic in her upcoming film The Little Mermaid, prompting many people t...
Famous Transgender Singers Everyone Should Know 72.9k VIEWS Their voices are powerful. Their stories are inspiring. These transgender singers have won over fans with their impressive m...
9 Famous Transgender Actors You Should Know About 41.8k VIEWS Diversity is becoming an ever-more-present part of the conversation in the entertainment industry. Now is the perfect time t...

Richard O'Brien is also found on...