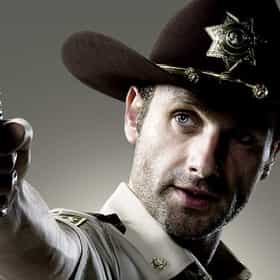 Rick Grimes is a fictional character in the comic book series The Walking Dead and is portrayed by Andrew Lincoln in the television series of the same name. Created by writer Robert Kirkman and artist Tony Moore, the character made his debut in The Walking Dead #1 in 2003. The primary protagonist of both series, Rick Grimes is a small town sheriff's deputy who shares a son, Carl Grimes, with wife Lori Grimes. He awakens from a coma to find the world overrun with zombies, and a fight for survival ensues. In the comic book series, Rick remains the longest-living survivor, followed closely behind by his son, Andrea, Carol's daughter, and Sophia's surrogate mother. In both mediums, Rick ... more on Wikipedia

Rick Grimes is ranked on...