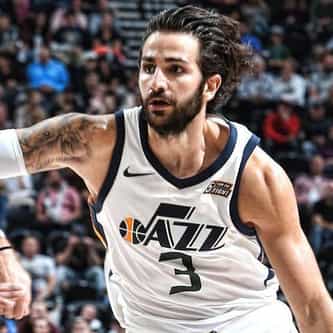 Ricard Rubio i Vives (born October 21, 1990) is a Spanish professional basketball player for the Phoenix Suns of the National Basketball Association (NBA). Rubio became the youngest player ever to play in the Spanish ACB League on October 15, 2005, at age 14. He made his EuroLeague debut on October 24, 2006, at age 16, becoming the first player born in the 1990s to play in a EuroLeague game. He is the fifth-youngest player to make their debut in the EuroLeague, since the year 2000. On June ... more on Wikipedia

Ricky Rubio IS LISTED ON