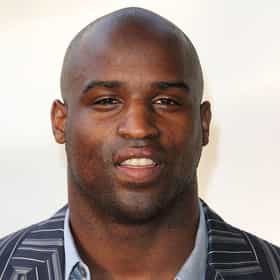 Errick Lynne "Ricky" Williams Jr. (born May 21, 1977) is an American former football running back who played 12 seasons in the National Football League (NFL) and one season in the Canadian Football League (CFL). He played college football for the University of Texas, where he was a two-time All-America and won the Heisman Trophy. Williams was drafted by the New Orleans Saints fifth overall in the 1999 NFL Draft and spent three seasons with the team before he was traded to the Miami Dolphins in 2002. He played for the Dolphins for two seasons, and retired for the first time from football in 2004. Due to his suspension from the NFL in 2006, he played for the Toronto Argonauts ... more on Wikipedia

Ricky Williams is ranked on...

Ricky Williams is also found on...