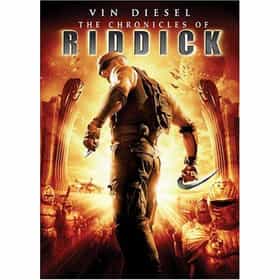 Riddick is a 2013 British-American science fiction thriller film, the third installment in the The Chronicles of Riddick film series. Produced by and starring Vin Diesel as the title character, Riddick is written and directed by David Twohy, who previously wrote and directed the first two installments, Pitch Black and The Chronicles of Riddick. The film was released on September 4, 2013, in the UK and Ireland, and September 6, 2013, in the United States. It was shown in both conventional and IMAX Digital theaters. ... more on Wikipedia

Riddick is ranked on...

Riddick is also found on...