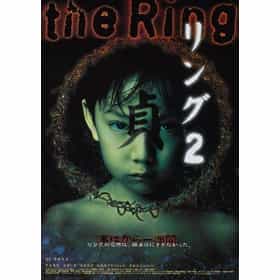 Ring 2, directed by Hideo Nakata, is the sequel to the Japanese horror film, Ring. Ring was originally a novel written by Koji Suzuki; its sequel, Rasen, was also adapted into a movie as the Ring movie's sequel. However, due to the poor response to Rasen, Ring 2 was made as a new sequel to Ring, not based on Suzuki's works, and thus ultimately ignores the story of Rasen. Ring 2 takes place a couple of weeks after the first film, directly continuing the story and features most of the cast from Ring reprising their roles. ... more on Wikipedia