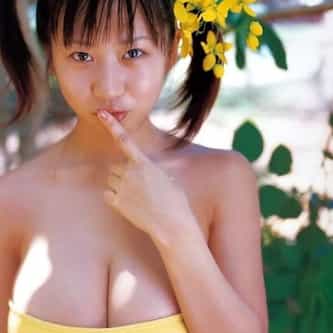 Rio Natsume (夏目理緒, Rio Natsume, born February 20, 1985) is a Japanese gravure idol. She has released several DVDs and photobooks and has appeared in several TV shows in Japan. In 2005, Natsume was featured in a video game called "Gal of the Sparrow 2", which also features other popular J-idols such as Chikako Sakuragi, Saori Yamamoto, Yuka Watanabe, Akari, Kaede Shimizu, Hitomi Okada and Hatsune Matsushima. This DVD/video game is sold only in Japan. In 2009, she came in number ... more on Wikipedia