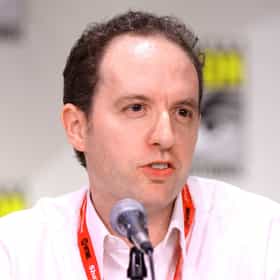 Rob LaZebnik (born May 6, 1962) is an American television writer. He graduated from David H. Hickman High School in Columbia, Missouri and Harvard University. He currently works as a co-executive producer on The Simpsons and is credited with having written 19 episodes: "Treehouse of Horror XI" (the "G-G-G-Ghost D-D-D-Dad" segment), "Homer vs. Dignity", "Father Knows Worst", "Boy Meets Curl", "The Blue and the Gray", "The Daughter Also Rises", "The Changing of the Guardian", "The War of Art", "The Kids Are All Fight", "Friend with Benefit", "The Girl Code", "The ... more on Wikipedia

Rob LaZebnik is also found on...