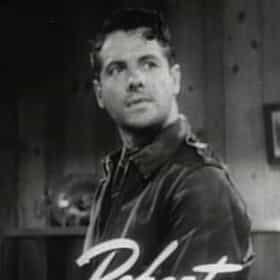 Charles Clarence Robert Orville Cummings (June 9, 1910 – December 2, 1990), was an American film and television actor known mainly for his roles in comedy films such as The Devil and Miss Jones (1941) and Princess O'Rourke (1943), but was also effective in dramatic films, especially two of Alfred Hitchcock's thrillers, Saboteur (1942) and Dial M for Murder (1954). Cummings received five Primetime Emmy Award nominations, and won the Primetime Emmy Award for Best Actor in a Single Performance in 1955. On February 8, 1960, he received two stars on the Hollywood Walk of Fame for his contributions to the motion picture and television industries. The motion picture star is at 6816 Hollywood ... more on Wikipedia

Robert Cummings is ranked on...

Robert Cummings is also found on...