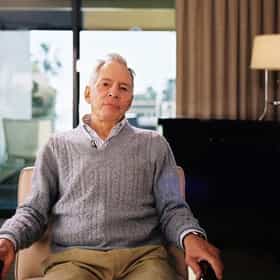 Robert Alan Durst (born April 12, 1943) is an American real estate heir, the son of New York City mogul Seymour Durst, and the elder brother of Douglas Durst, head of the Durst Organization. He is suspected of murdering three individuals in different states: Kathleen McCormack Durst, his first wife, who disappeared in New York in 1982; Susan Berman, his longtime friend, who was killed in California in 2000; and his neighbor, Morris Black, who was killed in Texas in 2001. Durst was the subject of a multi-state manhunt and was ultimately convicted of dismembering Black, but acquitted of his murder. On March 14, 2015, Durst was arrested in New Orleans on a first-degree murder warrant ... more on Wikipedia

Robert Durst is ranked on...

13 Famous People Who Got Busted for Peeing in Public 39.2k VIEWS Most humans have peed outside at one point in their lives. Chalk it up to drunkenness or even a strong connection ...

Robert Durst is also found on...