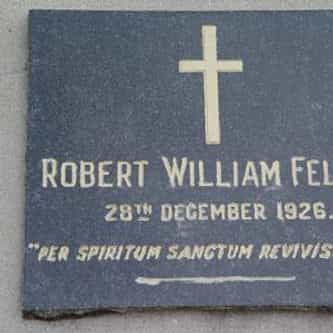 Dr Robert William Felkin FRSE LRCSE LRCP (13 March 1853 – 28 December 1926) was a medical missionary and explorer, a ceremonial magician and member of the Hermetic Order of the Golden Dawn, a prolific author on Uganda and Central Africa, and early anthropologist, with an interest in ethno-medicine and tropical diseases. He was founder in 1903 of the Stella Matutina, a new Order based on the original Order of the Golden Dawn, with its Hermes Temple in Bristol, UK and, later, Whare Ra (or ... more on Wikipedia

Robert Felkin IS LISTED ON