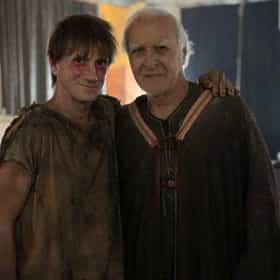 Robert Loggia is ranked on...

Celebrities You Didn't Know Use Stage Names 1.9M VIEWS List of celebrities with stage names, loosely ranked according to fame and popularity. It's tough to break into show busin...

Robert Loggia is also found on...