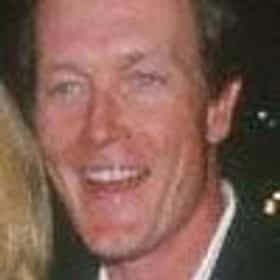 Robert Hammond Patrick Jr. (born November 5, 1958) is an American actor and voice actor. Known for his portrayals of villainous characters, Patrick is a Saturn Award winner with four nominations. Patrick dropped out of college when drama class sparked his interest in acting, and entered film in 1986. After playing a supporting role in Die Hard 2 (1990), Patrick starred as the T-1000, the main antagonist of Terminator 2: Judgment Day (1991)—a role he reprised for cameo appearances in Wayne's World (1992) and Last Action Hero (1993). Other film credits include Fire in the Sky (1993), Striptease (1996), Cop Land (1997), The Faculty (1998), Spy Kids (2001), Charlie's Angels: Full Throttle ... more on Wikipedia

Robert Patrick is ranked on...

#379 of 511 Celebrities Nobody Cares About Anymore 3.4M VOTES Some of the greatest actors of all time have, in recent days, turned into a bunch of washed-up hacks that would be somehow b...
What Ever Happened To The Cast Of Spy Kids? 425.3k VIEWS Spy Kids is hardly one of the best kids movies ever, but it did spawn a minor franchise and banked plenty of early-augh...
11 Actors Who Have Played Elvis Presley 10.6k VIEWS Many of Hollywood’s biggest names have taken their turn at playing Elvis Presley over the years. Some performances are parti...
Actors in the Most Robert Rodriguez Movies 2.6k VIEWS Robert Rodriguez is known for directing fun-filled action movies, often with a Latin twist. He has worked with many great ac...

Robert Patrick is also found on...