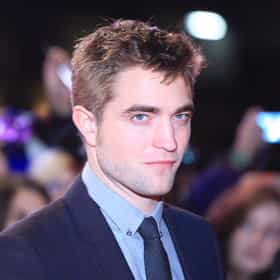 Robert Douglas Thomas Pattinson (born 13 May 1986) is an English actor, model, and musician. After starting to act at the local theatre club at the age of 15, he began his film career by playing Cedric Diggory in Harry Potter and the Goblet of Fire when he was 19. At 22, he went on to star as Edward Cullen in the film adaptations of the Twilight novels, consisting of five films between 2008 and 2012, which grossed a combined total of over $3.3 billion worldwide. It brought Pattinson worldwide fame, and established him among the highest-paid actors in Hollywood. In 2010, Pattinson was named by Time magazine as one of the 100 most influential people in the world, and he was featured in ... more on Wikipedia

Robert Pattinson is ranked on...

Robert Pattinson is also found on...