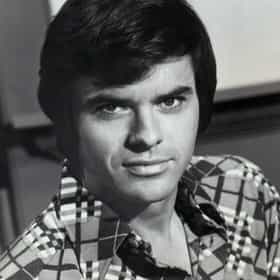 Robert Michael Urich (December 19, 1946 – April 16, 2002) was an American film, television, stage actor, and television producer. Over the course of his 30-year career, he starred in a record 15 television series.Urich began his career in television in the early 1970s. After guest stints and roles in short-lived television series, he won a co starring role in the action/crime drama series S.W.A.T. in 1975. In 1976, he landed the role of Dan Tanna in the crime drama series Vega$. It aired on ABC from 1978 to 1981, and earned him two Golden Globe Award nominations. In addition to his work in television, he also starred in several feature films, including Magnum Force (1973), The Ice ... more on Wikipedia

Robert Urich is ranked on...

#134 of 505 The Best TV Actors of All Time 106k VOTES The greatest TV actors of all time. Some of these actors have been in movies, some of them are even more well known at this ...
Every Person Who Has Hosted 'Saturday Night Live' 47.1k VIEWS Live from New York! It's Saturday Night! This is a list of all Saturday Night Live hosts, in reverse order,...
The Locations of All Hollywood Walk of Fame Stars 417.9k VIEWS A list of stars on the Hollywood Walk of Fame, with photos. This list includes all television and movie stars. Acquiring a s...
34 Celebrities Who Were in Lambda Chi Alpha 8.3k VIEWS Since 1909, college men have proudly pledged Lambda Chi Alpha. It's one of the largest fraternities in the United States, ha...
#135 of 153 The Best People Who Hosted SNL In The '80s 1k VOTES The 1980s started out rough for Saturday Night Live, but they rode the decade through and celebrated their 15th anniversary ...

Robert Urich is also found on...