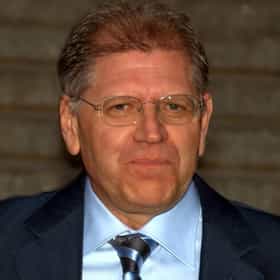 Robert Lee Zemeckis (; born May 14, 1952) is an American director, film producer and screenwriter frequently credited as an innovator in visual effects. He first came to public attention in the 1980s as the director of Romancing the Stone (1984) and the science-fiction comedy Back to the Future film trilogy, as well as the live-action/animated comedy Who Framed Roger Rabbit (1988). In the 1990s, he directed Death Becomes Her and then diversified into more dramatic fare, including 1994's Forrest Gump, for which he won an Academy Award for Best Director; the film itself won Best Picture. The films he has directed have ranged across a wide variety of genres, for both adults and families. ... more on Wikipedia

Robert Zemeckis is ranked on...

#16 of 221 People who voted for Robert Zemeckis... People under 30 are 2x more likely to vote for this The Greatest Living Directors, Ranked 86.2k VOTES List of the best living filmmakers (though not necessarily still actively making films.) When discussing the finest director...
#161 of 161 The Most Overrated Directors of All Time 39.4k VOTES List of the most overacted directors in the film industry of all times. Often the success, both critically and financially, ...
#4 of 46 The Greatest Directors of the 1980s 2.5k VOTES List of the top directors of the 80s. From 1980 to 1989, film history was shaped by esteemed directors who defined the decad...
#7 of 23 Who Will Win Best Director At The 2019 Oscars? 2.5k VOTES The 2019 Best Director Oscar nominations are in but that doesn't stop us from predicting who we think will take home th...
The Locations of All Hollywood Walk of Fame Stars 419.9k VIEWS A list of stars on the Hollywood Walk of Fame, with photos. This list includes all television and movie stars. Acquiring a s...
Famous People Named Bob or Robert 75.3k VIEWS List of famous people named Bob, along with photos. How many celebrities named Robert can you think of? The famous Bobs belo...

Robert Zemeckis is also found on...