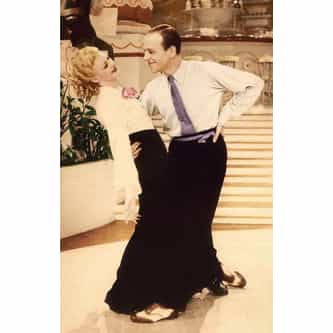 Roberta is a 1935 musical film by RKO starring Irene Dunne, Fred Astaire, Ginger Rogers, and Randolph Scott. It was an adaptation of a 1933 Broadway musical of the same name, which in turn was based on the novel Gowns by Roberta by Alice Duer Miller. It was a solid hit, showing a net profit of more than three-quarters of a million dollars. The film kept the famous songs "Yesterdays", "Let's Begin", and "Smoke Gets in Your Eyes" from the play, along with a ... more on Wikipedia

Roberta IS LISTED ON